A Golden Egg for the State, A Golden Pi... 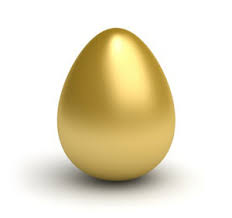 A Golden Egg for the State, A Golden Pile of $&!% for the Rest of Us

When you are charged with a DWI in Arkansas, you can get your driver’s license back as soon as you serve out your license suspension period (6 months for a first time DWI).

If you want your license back after the period is over, you must (among other things) pay a “reinstatement fee” of $150.  That is, unless you were found not guilty in the meantime.

Indirectly and directly, everyone involved in your case EXCEPT your defense lawyer.  Ark. Code Ann. 5-65-119 provides for the following disbursement of that $150 fee:

1.  $10.50 to the Office of Alcohol Testing.  This  should be important to you because the “neutral” expert witnesses that the state of Arkansas usually calls to testify against you at trial are employees of that office.

2.  $15 to the Arkansas State Treasury.  “The Treasurer of State shall credit them as general revenues to the various funds in the respective funds in the respective amounts to each and to be used for the purposes as provided in the Revenue Stabilization Law….”  Your guess on this one is as good as mine.  Maybe that means that somehow or another, every state employee receives a little piece of the pie.

4.  $75 to the Arkansas State Police.  Maybe this is why a disproportionate amount of DWI charges are brought by state troopers (relative to city and county cops).  Do you think your trooper might be thinking about his retirement fund when he’s making the determination of whether you’re intoxicated?